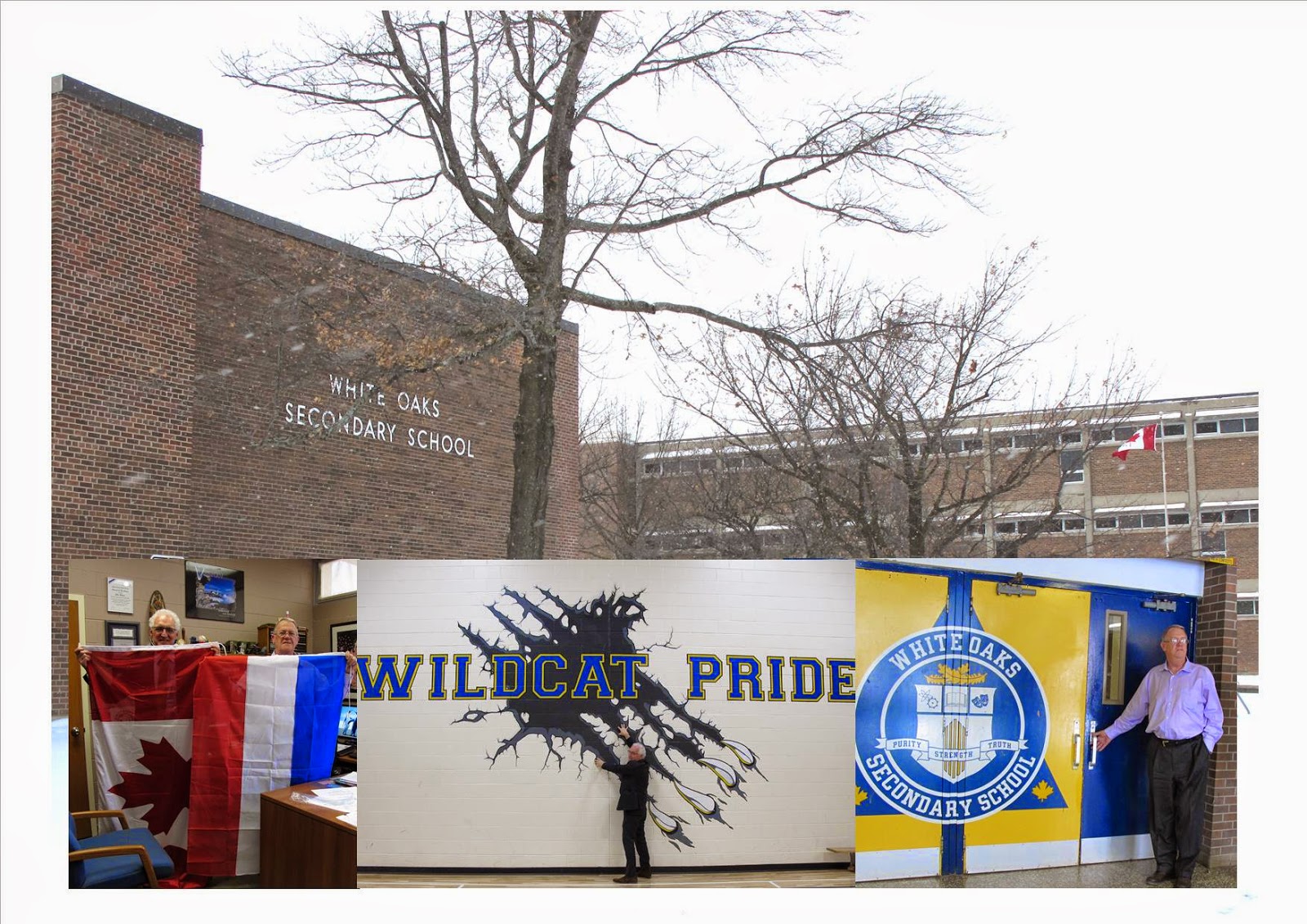 Besides a 3 hour delay in Iceland,  Mr. Leo Spelt (the principal/rector) of Marnix College and I (Ms. Dufresne) had a rather smooth journey over the ocean from one continent to the other. Toronto traffic is a dream in comparison to Dutch cities, so finding our hotel from the airport was easy. We were thankful for that, as we were arriving at 5 a.m., Dutch time.

Our first morning started early (local time) and after breakfast we headed out for an hour’s drive to White Oaks Secondary School to meet with Mr. John Stieva, the school’s principal. It snowed all day – but hey, it’s January in Canada! Walking through the snow like cats when it has rained, we entered the building in search of the Main Office. A polite young student escorted us to our destination and handed us over to a very friendly staff.

Our coats were hung and we settled into John’s office with coffee. As I received the mug intended for me, I put everything I was working on down so I could cradle it with both hands. Goodness, I had forgotten what a cup of coffee meant on this continent! That’s why you are only offered one cup. Who would want a second? In the end you drink more in just that one cup than in the Dutch double cup.

We got to work talking about the details of both programs, helping one another envision the event and working out any concerns or items of special need. I presented John with the letters our students had written for their Canadian friends as well as the brochures of Doorwerth Castle, made by Marnix College bilingual first year (7th grade) students. Mr. Stieva’s students will be setting up a closed Facebook group for students and staff of the exchange so we have the opportunity to connect online. We also received information from Mr. Stieva’s participating students who will shortly be sending along their own letters of introduction. So, participating students, watch for them!
Without going into further detail, I will say that there are some wonderful surprises in store for this trip! It is going to be an amazing learning experience on all fronts: academically, personally, language development and so much more! A very rich international practical learning experience awaits us in Ontario and our Canadian counterparts in the Netherlands.

What’s more?! …look for the next post between now and February 17th  - as it will be written by a White Oaks student.
Posted by Marnix Adventures in Canada at 3:41 AM No comments: